Enhance Your Professional Skills by Becoming an RAF Reserve

It is no secret that the Government plans to increase the amount of reservists across the entire British armed forces by 2022 in order to support all aspects of the UK’s defence strategy.

The Royal Air Force is looking to recruit medical reservists to boost its ranks - more specifically they are looking to attract GPs.

Healthcare staff that join the RAF Reserves will benefit enormously in many different ways – not only will they be able to participate in life-changing challenges and serve their country, they will also be at the cutting edge of healthcare developments and clinical skills, which will benefit their own professional development as well as their wider practice.

RAF Reservists form up to thirty percent of the RAF’s Medical Services manpower.

Dr Alex Norman, a full-time GP and partner at a practice in Teddington, is one such doctor who has already risen to the challenge and joined the reserves. Alex wanted to “do more than just be a GP’. He took up the challenge three years ago after seeing an item about reservists on the news and attending an open day at RAF Lyneham. He further researched the proposition through conversations with family and friends who had some experience of the armed forces. Since taking the plunge, he has never looked back.

“It is incredibly challenging and I find myself pushing my personal boundaries all the time – it is exhilarating to work alongside regular members of the RAF. My professional development has been far in excess of what I would have achieved had I not joined up”. 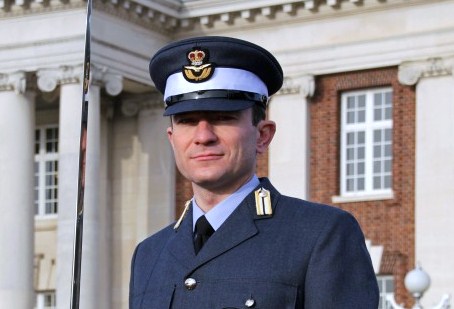 Alex admits that juggling his RAF commitments with that of his practice can be a challenge in its self, but he insists that with careful time management and efficiency it is possible to marry the two effectively and that the amazing experiences on offer far out way any difficulties he may face.

When asked why he chose the RAF, Alex’s decision was simple. He already held a BSc in Physiology and had a keen interest in planes – that, combined with the fact that everyone he met at the open day made him feel so welcome, eradicated any apprehensions he may have held.

Alex also wanted to put into practice the skills he learns in the RAF medical reserves in his GP surgery. He says; “much of the latest practice in pre-hospital medicine is derived from military protocols developed in Afghanistan."

RAF Medical Emergency Response Teams, for instance, pick up casualties in specially-adapted helicopters where doctors, nurses and paramedics start work immediately on the flight to hospital. "The methods of trauma care used in situations like this have honed medical practice and sharply increased survival rates," says Alex. "The chance to learn about new developments in pre-hospital care like this was one of the things that drew me to apply to the RAF Medical Reserves."

However, it is not just his medical skills that have benefitted from his military experience. "As an officer I have done a leadership course at RAF Cranwell, which has polished my skills in people management, emotional intelligence and meetings," says Alex. "It improves your confidence and gives you skills you can use in your career."

Indeed, Alex has just passed an aeromedical course specialising in the care of aircrew. The courses are paid for by the RAF – which is a big plus, especially as they are costly to self-fund and Alex gets paid to do them too.

Reservists also get the chance to go on exercises oversees. Alex went to Cyprus last year and has had several opportunities to do adventure training in Norway as well as training with the parachute regiment in the USA.

RAF Reserves must complete basic military training and then need to commit to attending a two-week camp annually plus several weekends to a maximum of 27 days a year for which you will be paid a competitive daily rate. Those who complete 27 days annually receive a tax-free bonus -currently over £1,700 after five years service.